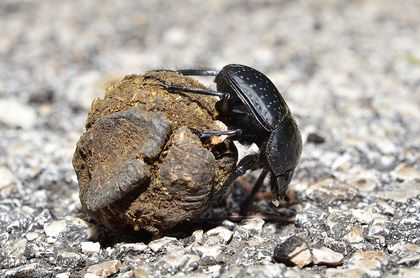 We’ve been hearing it and reading it for over two years now, haven’t we?  Signs, notices and declarations. We being the Identifiable Group of The Unmasked and The Unvaxxed.  We being the new-age Lepers of society. We being those curious enough about our rights and freedoms to have actually performed that seemingly radical and unacceptable act of researching and confirming that (a) a mandate is not a law, (b), that those who are enforcing mandates are breaking existing Canadian and International laws, (c) that, due to their mesh size masks are useless against ANY nano virus, (d), that masks restrict your oxygen intake, that (e) masks collect your own germs and everybody else’s, and (f), that Covid19 is categorized by the experts as a common seasonal flu. I could go all the way to (z) . . . twice!

And why oh why are these supposed bio-hazards to be openly seen discarded on sidewalks, parking lots, shopping mall floors, in garbage cans and where ever they could supposedly contaminate all of living nature and the multiverse beyond!!!

We hear it in apologetic forms; “Sorry, my boss says I have to do this”, in demanding forms; ‘YOU MUST WEAR A MASK IN THIS STORE!!!!’, in accusatory forms; “you are so selfish and you don’t care about my health or my children, granny, dog . . . my rights!?”, and in concerned, caring forms; “aren’t you afraid of dying????”

Well, justifying your actions to total strangers gets stale after about the thousandth time. Besides, arguing with fools makes both sides seem insane to any third-party observers.  I eventually began telling the bullies and Karen’s that I carry a mask in my hip pocket and that if they can put it on my face, I’ll wear it.  No takers yet.

Psychosis is when people lose some contact with reality. Mass Formation Psychosis is when a large part of a society focuses its attention to a leader(s) or a series of events, and their attention focuses on one small point or issue. Followers can be hypnotized and be led anywhere, regardless of data proving otherwise. A key aspect of the phenomena is that the people they identify as the leaders – the one’s that can solve the problem or issue alone – they will follow that leader(s) regardless of any new information or data. Furthermore, anybody who questions the leader’s narrative are attacked and disregarded.

There are four key components needed for an environment to experience a mass formation psychosis: lack of social bonds or decoupling of societal connections, lack of sense-making (things don’t make sense), free-floating anxiety, and free-floating psychological discontent. Free-floating anxiety is a general sense of uneasiness that is not tied to any particular object or specific situation. When followers start to participate in a strategy to deal with the object of anxiety, new social bonds typically emerge and people change from a highly aversive negative mental state and isolation, to the exact opposite to the extremely high-level of connectedness that exists. *SWFI Investment Newsletter  / ** Research Cognitive Dissonance

I’m thinking that there will soon come to pass, a whole new breed of trans-humanistic manifestations of the non-robotic kind. Some sort of transmogrification from human to … Dung Beetles.

In classic-style C.Y.A. mode, these newly defensive scatological creepers will soon enough learn to point their smelly appendage laterally and innocently plead that they were just following orders from their higher-ups, because they were just doing their jobs. Hopefully for them, they are not subject to the same type of ascending vigilante retribution as portrayed by the rough character ‘Marv’ in the movie, ‘Sin City’, and survive long enough to face lawful prosecution.