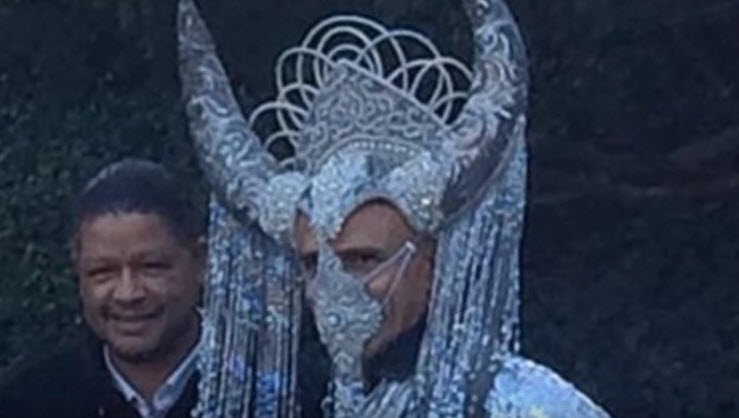 Referenced in this article is a seemingly well-researched and nicely produced 27-part expose’ video series (one of thousands out there) produced by DSTLAURENT and posted on the non-censored site Bitchute, under the title ‘Satanic Elites Exposed’.  It shines a bright light upon those who live under the dank spotlight of famous society, such as do elites, celebrities, and stars. https://www.bitchute.com/playlist/nfo5q8JLV02v/

The revealing content deals with vile, criminal individuals, and is likely to be met with shock, denial, anger or scorn, by anyone who currently stands, or has stood, in admiration of those exposed here, or who may be implicated by association to those unearthed. It’s not pretty. We at Parrhesias.com are merely the relay messenger and as such hold ourselves blameless for any inaccuracies found.               But first:

You, who are on the road, must have a code, that you can live by.

And so, become yourself, because the past, is just a goodbye.

Teach, your children well, their father’s hell, did slowly go by. . .

And feed them on your dreams. The one they pick’s, the one you’ll know by. (pick’s= pick is)

Don’t you ever ask them, why? If they told you, you would cry.

So, just look at them and sigh. And know they love you.

And you, of tender years (can you hear and do you care) Can’t know the fears (and can’t you see)

That your elders grew by (we must be free)

And, so, please help them with your youth (to teach your children what you believe in)

They seek the truth, (make a world that we can live in) Before they can die.

Teach, your parents well. Their children’s hell, will slowly go by.

And feed them on your dreams. The one they pick’s, the one you’ll know by. (pick’s= pick is)

Don’t you ever ask them, “Why?” If they told you, you would cry.

So, just look at them and sigh… And know they love you.

*Editor’s Note: Not all persons considered ‘elite’ fall under the evil shroud of what is described below.

I strongly urge you to research and judge for yourself.

Elite as in those who might scoff at the song lyrics copied above.

Those who fear and detest the unwashed, useless eaters.

Those who are literally crapping in their panties over recent goings-on around the world.

Those who tax us to death. Those who secretly covet and sin against our sacred children.

Elites as in, The Big Club. Elites, as in those who also rely on goods brought by, ahem, trucks.

Those who have the clean, soft, manicured hands of the privileged – which they use to call up aspirers, who then call up the evil-doing minions, who call in the Gestapo who trample and beat . . . who???

That would be WE the vastly, VASTLY overwhelming majority of; their customers.

WE, THE REBELLIOUS VOTERS.  (See article None of You)

Back to Parrhesias
Continue to Next Article