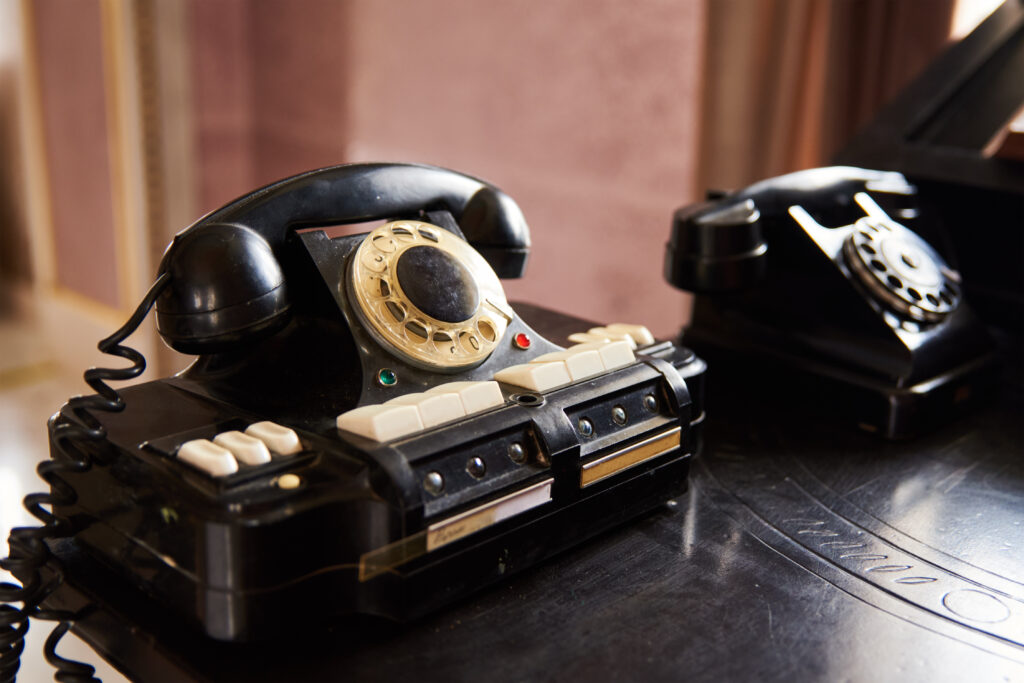 This Number Has Been Blocked

(You Are President Of Nothing)

“You Are President Of Nothing”?

What seminal, current, global circumstances would have to exist? Who would have initiated the original pleading phone call, and why?

Kind of like some B-grade actor’s agent petitioning some b-movie producer, and getting in response, that blatant hint that they’re not interested. “Don’t call me, I’ll call you”.

Who would possibly have access to a global ‘mover and shaker’ and who would be the person on the receiving line of such a call?

Where exactly did the call originate from, and what force is behind the authority of the caller?

Here’s a hint. There are three City-States in the world: Vatican City in Rome, The City Of London (Square Mile) aaaannndd The District of Columbia (D.C.)

They are all connected in that the each represent Corporate Headquarters over corporate management of the citizens surrounding their respective areas of influence.

District of Columbia Organic Act of 1871

Long title: An Act to provide a Government for the District of Columbia.

A.K.A. District of Columbia Organic Act of 1871

Signed into law by President Ulysses S. Grant on February 21, 1871

The passage of the Residence Act in 1790 created a new federal (Corporate) district (10 square miles) that would become the capital of the United States. Formed from land donated by the states of Maryland and Virginia, the capital territory already included two large settlements at its creation: the port of Georgetown, Maryland and the town of Alexandria, Virginia. A new capital city named in honor of President George Washington was founded to the east of Georgetown in 1791.

Shortly after establishing operations in the new capital, Congress passed the Organic Act of 1801, which organized the federal territory. The territory within the federal district east of the Potomac formed the new County of Washington, which was governed by a levy court consisting of seven to eleven Justices of the Peace appointed by the President, and was governed by Maryland law as of 1801. The area west of the river became Alexandria County which was governed by Virginia law. In addition, Congress allowed the cities of Washington, Alexandria and Georgetown to each maintain their own municipal governments. In 1846 Alexandria County was returned by Congress to the state of Virginia.

The outbreak of the American Civil War in 1861 led to notable growth in the capital’s population due to the expansion of the federal government and a large influx of emancipated slaves. By 1870, the ‘District’s’ population had grown 75% to nearly 132,000 residents. Growth was even more dramatic within the County of Washington, where the population more than doubled as people escaped the crowded city.

The individual local governments within the District were insufficient to handle the population growth. Living conditions were poor throughout the capital, which still had dirt roads and lacked basic sanitation. The situation was so bad that some lawmakers in Congress even suggested moving the capital out further west, but President Ulysses S. Grant refused to consider the proposals.

Instead, Congress passed the Organic Act of 1871, which revoked the individual charters of the cities of Washington and Georgetown and combined them with Washington County to create a unified territorial government for the entire District of Columbia. The new government consisted of an appointed governor and 11-member council, a locally elected 22-member assembly, and a board of public works charged with modernizing the city. The Seal of the District of Columbia features the date 1871, recognizing the year the district’s government was incorporated.

In 1873, President Grant appointed an influential member of the board of public works, Alexander Robey Shepherd, to the post of governor. Shepherd authorized large-scale municipal projects, which greatly modernized Washington. In doing so however, the governor spent three times the money that had been budgeted for capital improvements, bankrupting the city. In 1874, Congress replaced the district’s quasi-elected territorial government with an appointed three-member Board of Commissioners. Direct rule by Congress continued until the 1973 passage of the District of Columbia Home Rule Act, a century later.

So, in short, the Civil war had bankrupted the Union and they needed revenues to ease the poor conditions across the country.

Such a loan was provided by the Vatican. (City state)

The loan was brokered by the City of London, (city-state) owned in whole by the Voxx-Coberg-Gotha family – Known since (the end of the Russian Revolution in) 1917 – after their name change- as the Windsor Family.

And leveraged as collateral for the loan? the Ten Square Miles of D. of C. – city state.

Has the loan ever been paid off? Who knows!

Now, getting back to a certain little phone call of a few days ago . . .a certain call which was supposed to be secret buuuutttt (well, you know how these phone transcripts can be kind of – leaked, here the transcript of that very call between the caller one Joe Biden (acting President and C.E.O of the corporation of that ten square miles known as the United States – not the United States of America, and the real President of – you guessed it- The Russian Federation.

I dare you not to laugh. https://www.bitchute.com/video/uk1sZjTyQ7GL/

Listen, (inaudible) I’d like to speak to you regarding (inaudible) our countries respective positions on Ukraine. Now.  I know you’ve –

Pardon me, but I have nothing to disclose [sic]

Well-now, wait a minute. There are lives at stake here. And, ah – well it’s in everyone’s (inaudible) – to say that we –

Sir, with all due respect – you are not the one to make decisions.

That’s – Now look here. I’m sitting President of the United States of America, and I am most certainly in the position of influence of our military and intelligence department. What we have to do, ah, now that, escalations have-

Sir, not to disappoint [sic] but you are sitting President of nothing, and in no position [sic] to influence our world or it’s doings [sic].

Now, that’s not (inaudible) – regarding influence, ah, we think it has to stop here. Now, ah, if all of us could just –

There is none [sic]. So that, better way to say – than to stand down immediately. Our conversation now concludes.

Wowweeee! Kind of like some predatory, sophomore, nerd (think big glasses and a cardigan) getting brushed off after asking the head of the Cheerleading Squad to the prom. . . wouldn’t ya say?!

Since (and likely before) the CIA-2014 Obama-sponsored and funded coup, the Ukraine (not it’s people) has increasingly become THE global hub for virology laboratories, child sex trafficking, weapons sales, human slave trade, organ harvesting, secret energy deals (Hunter), currency manipulation and any other corrupt, evil activity that exists. And speaking of things that do or don’t actually exist . . .

There is no such entity as Q-anon.

There IS however such a person as Q. And there ARE such persons as ‘Anons’ – a distinction with a difference.

Who are the Anons?  Anons (anonymous contributing researchers) comprise a virtual global army of thousands of credible and fact-checked (by other anons) on-line research providers, who respond to certain questions posited by ‘Q’.

Do I have a very good Idea?

Back to Parrhesias
Continue to Next Article