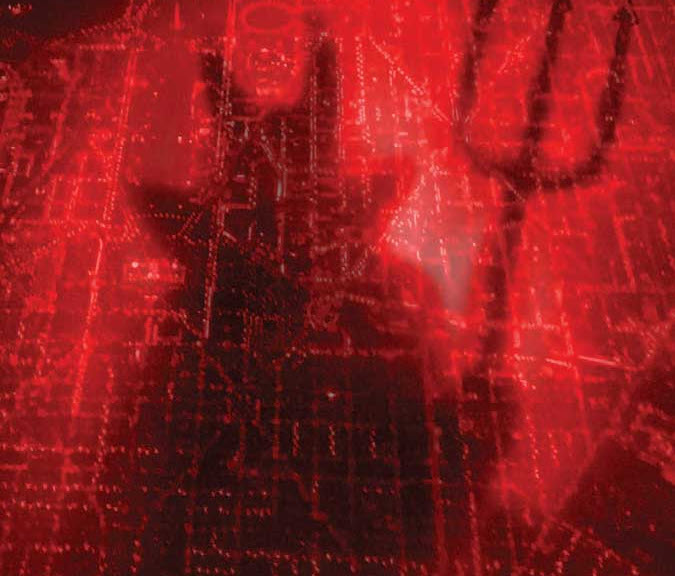 If I Were The Prince Of Darkness

(The Devil Made Me Do It)

What has always captured my attention, and that I got reasonably good at, is ‘the way of the world’. Not so broad an interest if you zoom way out in perspective and time – that being the past and the future. And it is interesting, all this geo-politics and socio-economics and history and science and such.

In fair weather, I walk the dog to a local, off-the-road, pioneer’s cemetery just across the bridge spanning the bay. The dog is let to wander in the woods, and I read headstones. And they truly are food for thought.

So and so, wife/husband to so and so and who passed in 1837 at the age of 57. The math gives birth to so and so in 1780. And locked within the same constant set of skills and needs and customs and values, only decades upon decades later, rests a later day so and so born in 1850, passed in 1913.

I hope he/she didn’t see the future breakaway from constant centuries of satisfied needs and predictable trends and reliable skills as it morphed into a big city society of progressive wants and desires and status and busyness and, just gave up.

It’s never a good thing to see the value of your skill set wane unless you observe, and then think about what you see as opposed to what you are told.

As pictured above, imagine generations of people handing down the same sound constancy of experience in life, love, knowledge and skills all of them honed to perfection with no need of influences from outsiders with no skin in the game, and whose only motive is the next product you must come to need.

Imagine them, whether faithful or not, abiding by societal agreements of thou shalt not kill, or steal, or covet or bear false witness. How doing unto others as you would have done to you is actually an extremely sound social construct. How charlatans of any stripe were first cautioned, and if they persisted, were tarred, feathered, and run out of town.

Flip Wilson, a comedian of yesteryear, was made famous by his quip “The Devil made me do it”.  Seems the Devil has been busy with others as well. Just look at the state we’re in.

A common saw in current society as it applies to decisions about kindness or compassion is, WWJD, or ‘What Would Jesus Do’?  A kind of guide to conscience.

But I came upon the diametric opposite recently, broadcast by Paul Harvey of ABC Radio back in 1965 when I was about 10 years old.

Darkness, I would, of course, want to engulf the whole

earth in darkness. I would have a third of its real estate

and four-fifths of its population, but I would not be

happy until I had seized the ripest apple on the tree, so I

should set about however necessary to take over the

United States. I would begin with a campaign of

whispers. With the wisdom of a serpent, I would

whisper to you as I whispered to Eve: “Do as you

please.” “Do as you please.” To the young, I would

whisper, “The Bible is a myth.” I would convince them

that man created God instead of the other way around. I

would confide that what is bad is good, and what is good

In the ears of the young marrieds, I would

whisper that work is debasing, that cocktail parties are

good for you. I would caution them not to be extreme in

religion, in patriotism, in moral conduct. And the old, I

If I were the devil, I’d educate authors in how to make lurid literature

exciting so that anything else would appear dull and

vice versa. And then, if I were the devil, I’d get

and less work, because idle hands usually work for me.

I’d peddle narcotics to whom I could. I’d sell alcohol to

ladies and gentlemen of distinction. And I’d tranquilize

the rest with pills.

If I were the devil, I would encourage

schools to refine young intellects, but neglect to

discipline emotions . . . let those run wild. I would

designate an atheist to front for me before the highest

right.” With flattery and promises of power, I could get

favor of pornography, and thus, I would evict God from

from the houses of Congress and then, in His own

churches, I would substitute psychology for religion, and

I would deify science because that way men would

become smart enough to create super weapons but not

wise enough to control them.

If I were Satan, I’d make the symbol of Easter an egg,

and the symbol of Christmas, a bottle.

If I were the devil, I would take from those who have and I

would give to those who wanted, until I had killed the

incentive of the ambitious.

And then, my police state would force everybody back to work.

Then, I could separate families, putting children in uniform,

women in coal mines, and objectors in slave camps.

If I were Satan, I’d just keep doing what he’s doing.

Back to www.parrhesias.com
Be a Patreon
Next Article: Bless Me Father